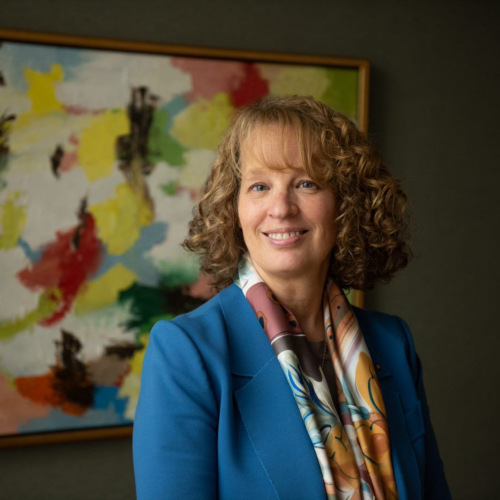 Lili-Anna Pereša was named President and CEO of the McConnell Foundation in November 2020. Previously, she served as the President and Executive Director of Centraide of Greater Montreal for eight years.

For over 25 years, Lili-Anna has been involved with many organizations all dedicated to empowering people, contributing to community resilience and helping to improve living conditions for the most vulnerable populations, including the YWCA Montreal, the One Drop Foundation, Amnesty International France and Little Brothers of Quebec. Previously, she worked in humanitarian organizations as a Head of mission for CARE in Croatia and Bosnia-Herzegovina during an armed conflict, as a volunteer cooperant for Oxfam-Québec in Burkina Faso and as a science teacher in Malawi. Her work has been recognized with numerous distinctions, including an honorary doctorate from the University of Montreal in 2009, the title of Knight of the Ordre national du Québec in 2018, the Mercuriades Germaine-Gibara Award from the Quebec Federation of Chambers of Commerce (Fédération des chambres de commerce du Québec, FCCQ) in 2016 and the title of Fellow of Engineers
Canada in 2014.

Lili-Anna has contributed to and continues to volunteer with a variety of organizations, including as Member of the Advisory Board of the Future Skills Centre of Canada, Member of the National Executive Committee of the Governor General’s Canadian Leadership Conference, Member of the Independent Advisory Board for Supreme Court of Canada Judicial Appointments, Board Member of the Domaine Forget de Charlevoix and Board Member of her alma mater, Polytechnique Montréal. An engineer by training, Lili-Anna graduated from Polytechnique Montréal in 1987. She also holds a
graduate diploma in management from McGill University and a master’s degree in political science from Sorbonne University in Paris.