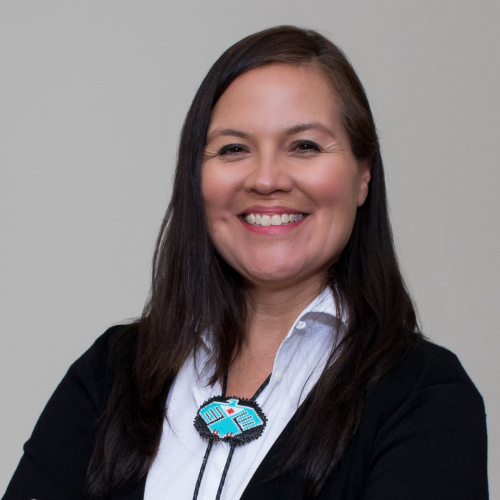 Chair of the Board, Chippewa’s Thunderbird Trust

Leslee White-Eye is the former Chief of the Chippewas of the Thames First Nation during which she could see the role responsible investing could have on the economy to solve global issues of concern to First Nations people. She has served as a trustee on Chippewa’s Thunderbird Trust for eight years, serving four of the eight years as Chair of the Board.  It was during that time, she gained first hand experience as a trustee navigating a trade market within the parameters of a trust investment policy that valued portfolios made up of socially responsible companies who place value on Indigenous treaty relations, the environment and other socially just principles of conduct.  Currently, she sits as corporate trustee on Wasauksing First Nation’s M’tigo Min Trust and as a Board member of Kings’ University College in London, Ontario. She currently works in Indigenous education and governance for eight First Nations in Ontario seeking jurisdiction over education called the First Nations with Schools Collective.

Prior to being Chief, Leslee was an Education Officer for the Ontario Ministry of Education for nine years.  Leslee was recently honoured to receive an Honourary Doctorate of Laws from Western University.  She earned her Political Science and Master of Education degrees at the University of British Columbia in Vancouver and her teaching degree at Nipissing University in North Bay.

All Sessions by Leslee White-Eye